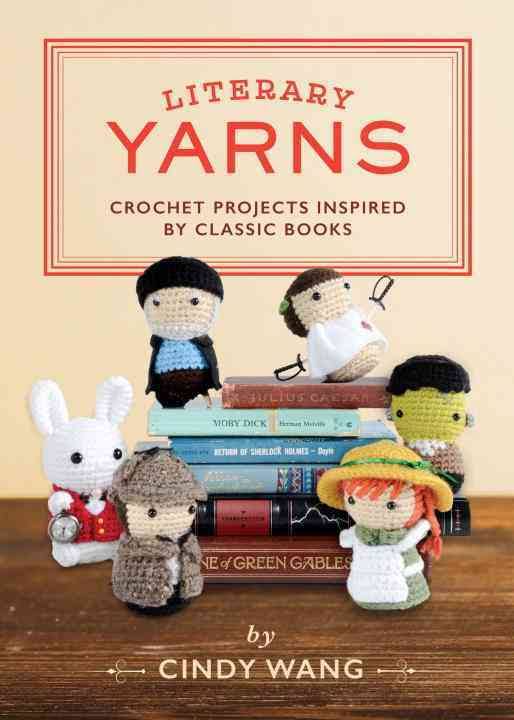 First-time author and self-proclaimed “geeky hooker” Cindy Wang has gifted all the nerds and bibliophiles in the crochet world with a fantastic new book, Literary Yarns: Crochet Projects Inspired by Classic Books. If you know Jane Austen’s novels by heart, have ever referred to yourself as a Dickensian, or own a book of Shakespearean insults, then you will fall in love with the beloved characters that Wang has brought to life. Readers can crochet along with her to create a miniature Elizabeth Bennet, Ebenezer Scrooge, Prince Hamlet, Captain Ahab and more.

In an email interview with Wang, I Like Crochet got to know the creative mind and engaging personality behind Literary Yarns. Read our Q&A below to learn about the book’s publishing and design process as well as Wang’s passion for amigurumi and all things nerdy. It is indeed a great time to be a geek—and a crocheter—with projects like Wang’s to look forward to. Work up some of these to decorate your desk or bookshelf and to gift your fellow nerds, and keep an eye out for any of Wang’s adoptable amigurumi!

What is your favorite literary classic?