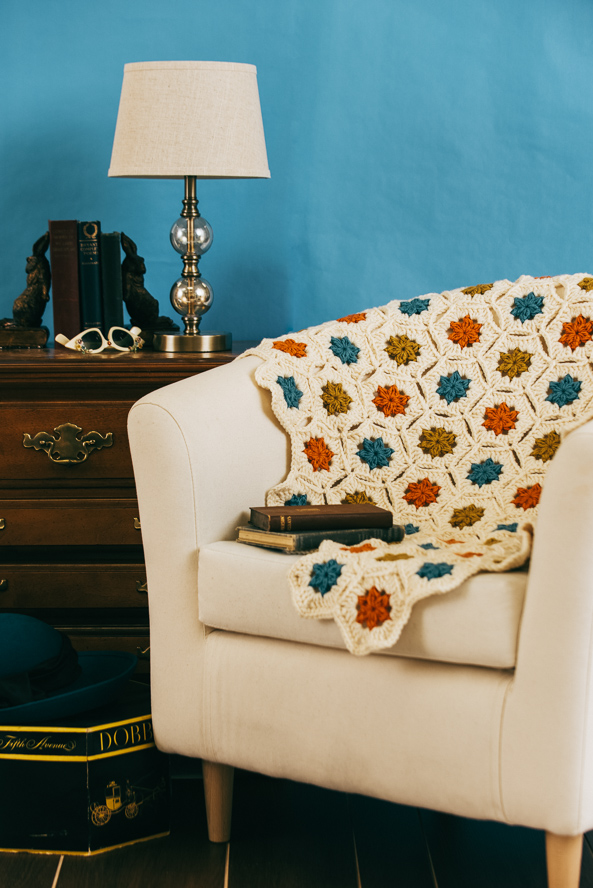 Inspired by iconic drives down Route 66 with the top down, this blanket recalls the colors of the era, as well as the need to keep warm when it gets chilly. You’ll whip this up quickly thanks to the join-as-you-go design, and it’s easy to adjust the size by adding or subtracting hexagons.

This pattern is worked in motifs consisting of 2 rnds. It is suggested that you finish Rnd 1 of all the motifs before beginning Rnd 2, as you will be joining them together while working Rnd 2.

Use Layout graphic and photo as a guide for color placement.

Break yarn and fasten off.

In Rnd 2, you will join the motifs together at the corners (ch-2 sps), so there are variations on how to work Rnd 2.

Break yarn and fasten off. 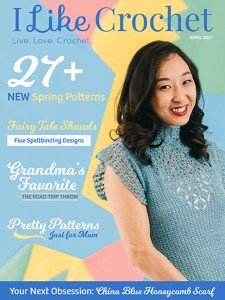