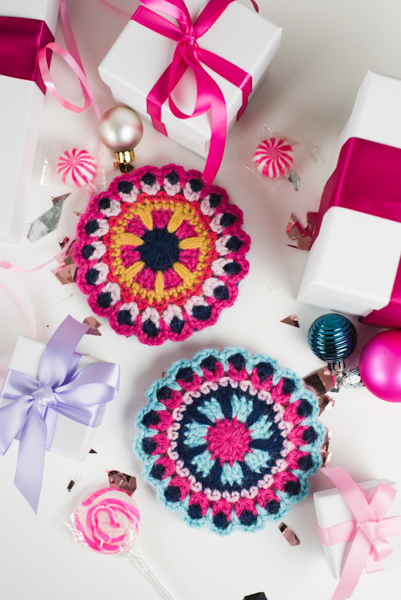 These little mandala sachets are fun to make with stash yarn but especially nice when made with alpaca yarn. The softness of alpaca invites squishing which releases the wonderful scent of lavender. Crocheting/knitting friends will appreciate the moth repellent quality of these sachets for their yarn stashes. Non-crafty friends will love the lavender scent when used as drawer sachets. They make a nice holiday gift and are easily personalized since there are so many color combinations to play with. 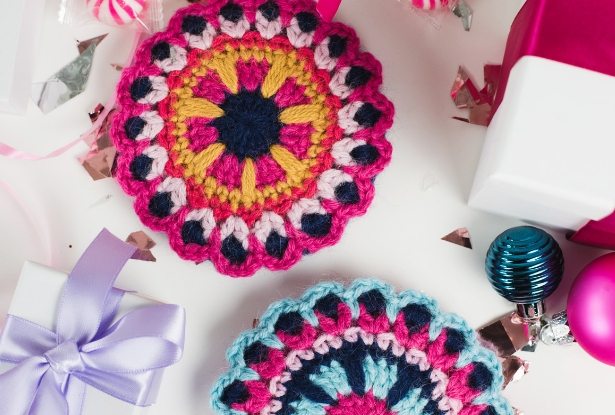 With slip knot on hook, insert hook into designated st, yo, pull lp through, yo, pull through both lps on hook completing the Standing sc st.

Yo round hook, insert hook through designated st, yo round hook and draw through

pulling up on the lp until it is same height as the working row, yo round hook, pull through 3 lps on hook. If unsure about the height, try to pull the hook up as far as it will go – better too much than too little. The completed stitch should easily lie flat. It should not cause cupping.

Yarn is held doubled throughout.

Size is achieved by using a smaller hook than normal so the crochet fabric is dense and holds its shape.

Sew together with 1/4” seam, leaving a small 1-2” opening. Clip edges, turn inside out.

Fill Pillow 3/4 full with lavender buds (do not overfill) and sew closed. Press Pillow flat with palm so lavender is evenly dispersed inside. Final pillow should measure 3.75” wide.

Pinch and snip several 1/4” “pieholes” in the centers of both front and back panels for the lavender scent to easily escape.

Fasten off. Weave in ends.

Note: There are 2 extra sts on the Back that need to be eased with the Front when crocheting tog. Make 3 sl sts on Back (instead of 2) at 2 opposite points when crocheting the two sides tog. 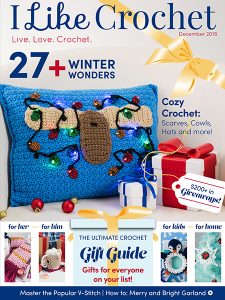