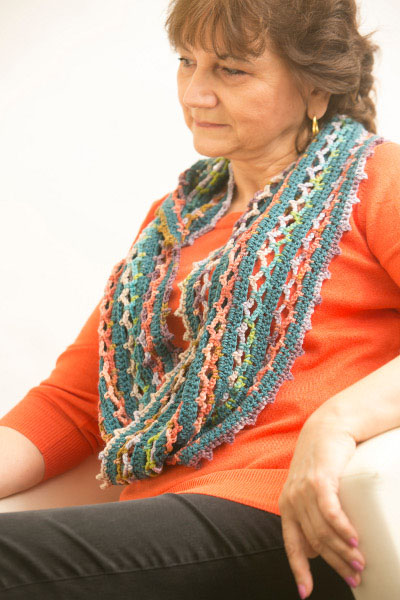 This fun-to-wear infinity scarf is incredibly versatile. Wear it wrapped around your neck once or twice depending on the look you want and the amount of warmth you need.

It is important to work your first row into the back or bump of the chain, to ensure a neat finish on both sides of the work.
The start of the rnd moves to the left during each mesh row. Use a removable stitch marker if desired to mark beginning of rnd. 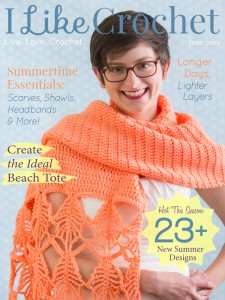