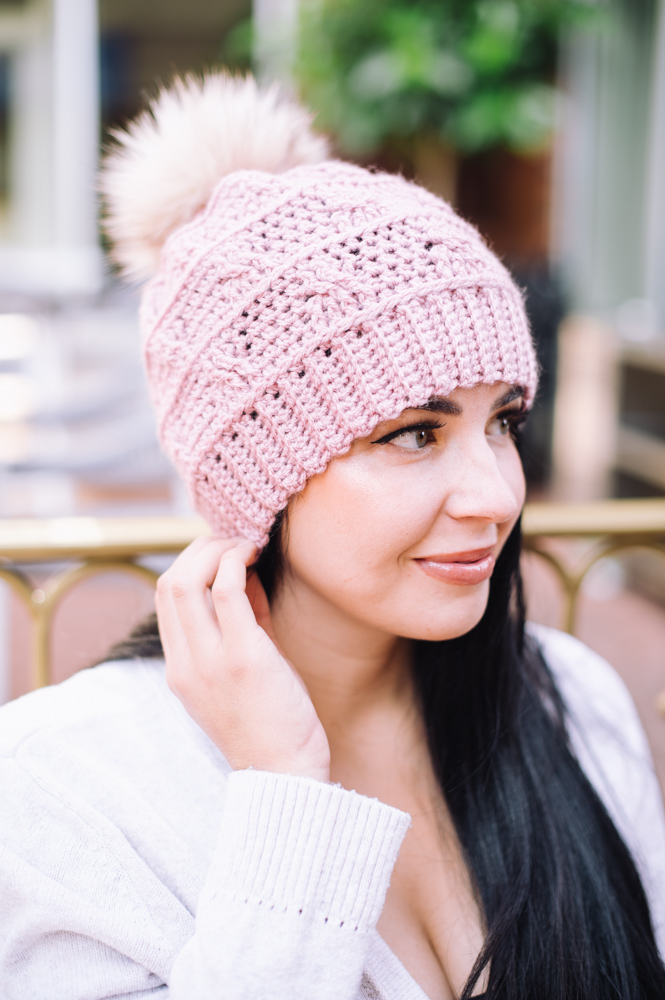 Spice up your autumn-winter wardrobe look with an ultra cozy cabled hat topped with a playful pom pom! Evie is a super fun design that plays with texture and yarn to create something that’ll keep your ears nice and toasty as the days turn cooler. With interchangeable poms, this hat is customizable and super fun to wear! 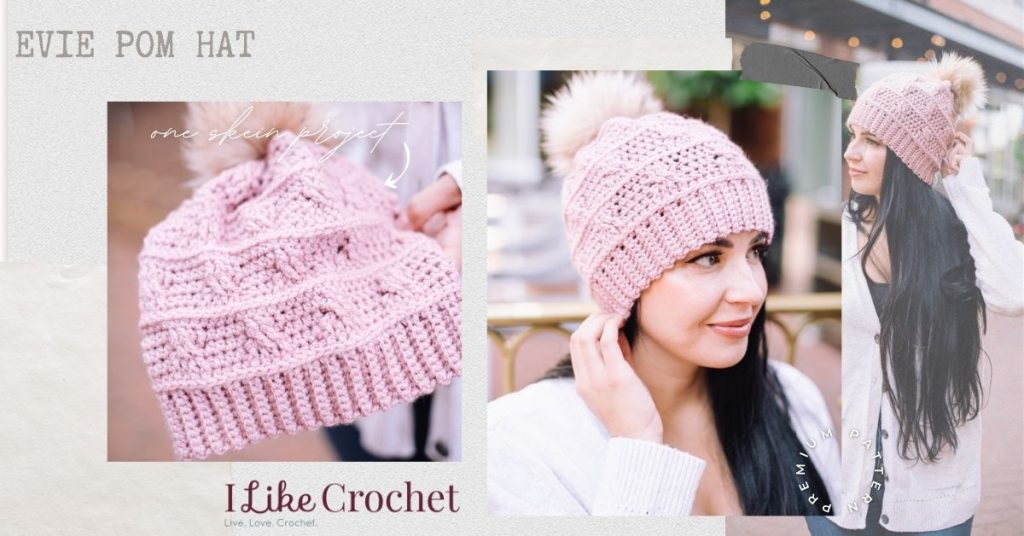 The hat is started with the ribbing worked in rows sideways then continued in rounds from the bottom to the top.

To adjust circumference, add or subtract a multiple of 8 rows for brim which will add/subtract an 8-st pattern repeat to hat for 2.5” [6.4 cm].

To avoid gaps at the joining of the rounds, skip the beginning chains and always join in the top of the first stitch of the round. This allows the chains to become “filler” stitches and keeps your seam from having large holes. 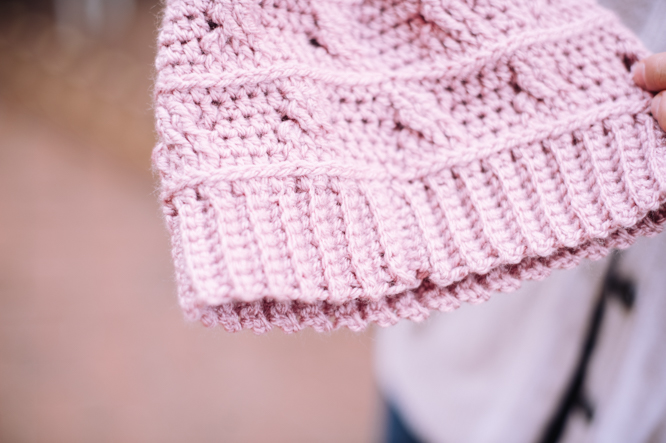 Join ends by holding Row 1 edge above the last row edge. Ch 1, slip stitch the short sides together inserting the hook through the back loops of the stitches on both sides to create a circular band.

Turn the piece inside out, so that the seam will be hidden on the WS.

Rnd 2: Ch 1, working in back horizontal bar, hdc in each st around, sl st in top of first hdc to join.

Fasten off and weave in ends. Turn hat right side out. Leave plain or attach a pompom to the top of the hat for extra pizzazz.