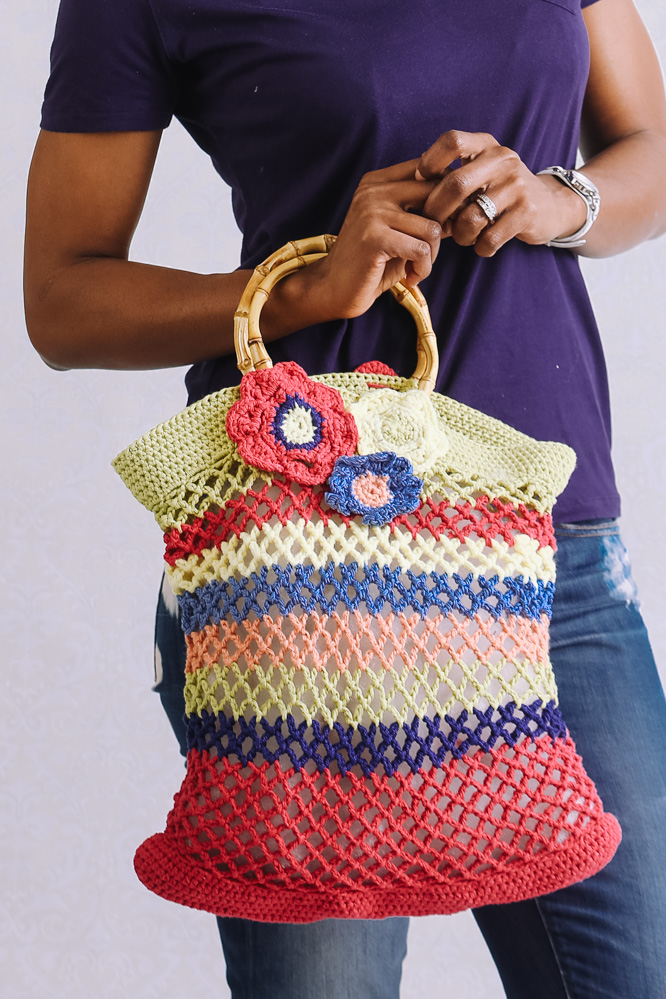 Do you want a chic and versatile beach bag this summer? This floral beach bag is the best thing to tote around to the beach. The mesh construction allows for the flexibility to stash whatever you want inside, and the colorful blossoms help to attach the bamboo handles.

The base and top edge of the bag are worked in hdc. The striped mesh uses chain and slip stitches.
This pattern is worked in the round from the bottom up. 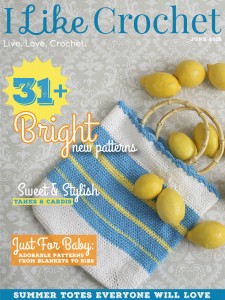